The Wind that Shakes the Barley

The Wind that Shakes the Barley is one of the finest films made about the Irish Revolution and won the top prize, the Palme d’Or, at the 2006 Cannes film festival. As with the director Ken Loach’s other work, it seeks to look beyond simplistic explanations of conflict to some of the underlying social and class issues. Based on real events, it tells the story of Damian O’Donovan (Cillian Murphy) and his brother Teddy (Padraic Delaney) who fight together for Irish independence against British forces but take different sides in the subsequent Civil War. The film gives a rarely explored insight into the defining events of the founding of the Irish state.

There will be a brief introduction and a discussion after the film led by Dr Pat Murphy.

Please note: there are scenes in the film which some people may find upsetting. 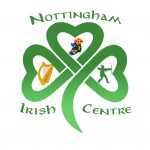